29 May Memorial Day at MVT 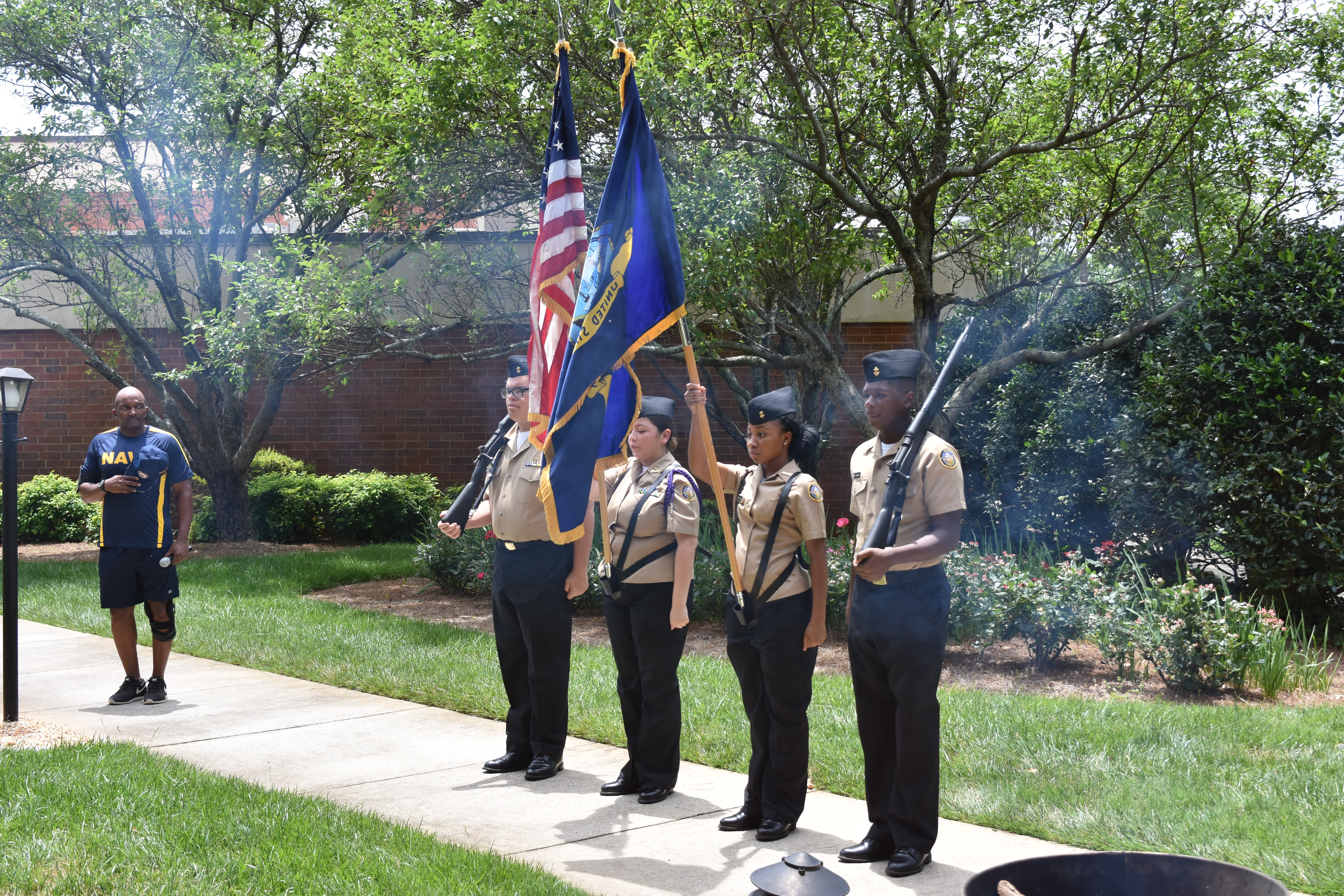 Memorial Day 2017 was indeed a day to remember at Mt. Vernon Towers as the clouds parted and the sun appeared. An enthusiastic crowd of about 80 residents gathered outside to welcome members of the Stockbridge Naval Junior ROTC.

We were honored to host these fine young people who started off the ceremony by playing the National Anthem, followed by the official songs for each branch of the military—Army, Navy, Marine, Corps, Air Force and Coast Guard. As each song played, members of the audience who had served in that branch were recognized, a deeply meaningful tribute.

Taps was played as an old American flag was retired and in its place, a beautiful new Old Glory was raised with pride. This particular ROTC group is ranked third in the United States and is led by Captain Ralph Malone, who served in the Boy Scouts with our own executive director Chris Peterson.

Following the ceremony, the talented cadets joined our residents for a delicious Southern-style lunch of ribs and chicken. The rain came down, but not until the last saucy rib had been enjoyed. The meal was prepared and served by our wonderful Mt. Vernon kitchen and dining room staff.

The Memorial Day observance is one of many patriotic events on the Mt. Vernon calendar each year, including July 4 and Veterans Day. Thanks to our residents, and those in our wider circle, for your service to our country!

Sorry, the comment form is closed at this time.