Posted at 15:13h in Featured, Uncategorized by Rita 0 Comments
0 Likes 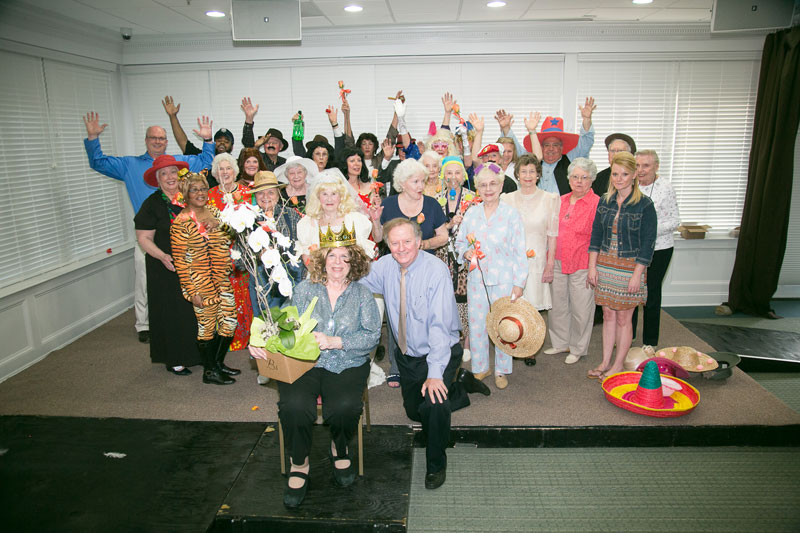 On May 22 and 23, the residents at Mount Vernon Towers were treated to the first ever MVT Resident Talent Show, called ‘Comedy Tonight!’ 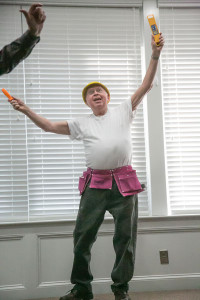 Mrs. Shelly Gianino, herself a resident at the senior community in the heart of Sandy Springs, was the producer, director and writer for the hour-long show that featured 25 residents in the cast, whose ages ranged from the mid-60s to mid-80s. In addition, ten more residents and staff members took care of the costumes, sound and lighting.

The show was a grand success with the 250 audience members, and some of them even attended both evenings!

“It was absolutely hilarious and absolutely fabulous!” says Tommy Miller, Executive Director, who is himself quite a showman and comedian and who knows how much hard works goes into putting together a show of this caliber.

One of the many humorous skits was a wild wedding scene, where a priest and a rabbi performed a complex ‘mixed marriage.’ A non-traditional performance of the ‘80s hit “YMCA” was equally well-received. 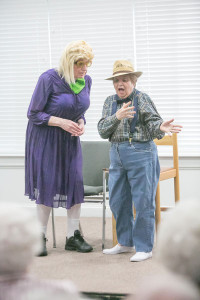 “There were more men in dresses and women dressed as guys than you could count, it was a big production. They had the room in stitches from beginning to end,” tells Tommy. “Everybody had a great time, from the performers to the stage hands to the members in the audience. There’s nothing better for the soul than a big belly laugh – and there were plenty!”

Put a big smile on your face and come check out the various condominiums at Mount Vernon Towers for yourself! Please call to make a reservation for a private tour soon: 404-255-3534.